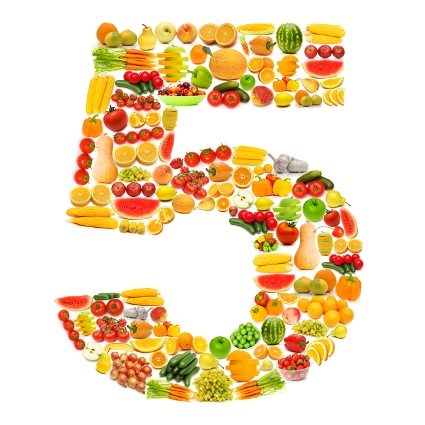 An American-Chinese research review has backed the World Health Organization’s claim that five servings a day of fresh fruit and vegetables is as much as we need for maximum reduction of premature death risk.

The research, conducted jointly by several US and Chinese universities and research institutes, was published online on July 29 in the British Medical Journal. It examined 16 published studies tracking over 800,000 subjects for up to 26 years.

Authors concluded the review “provides further evidence that a higher consumption of fruit and vegetables is associated with a lower risk of all cause mortality, particularly cardiovascular mortality.”

But there’s no gain for life expectancy in going further than five portions: “We found a threshold of around five servings a day of fruit and vegetables, after which the risk of death did not reduce further,” said leading investigator Professor Frank Hu of the Harvard School of Public Health, Boston, Massachusetts.

In April this year, British scientists had concluded individuals should be consuming seven portions of fresh fruit and vegetables each day to minimise early death. But the WHO claimed the optimum was five 80 gram portions — an assessment supported by the latest review.

A serving  is defined as the rough equivalent of a medium-sized apple, a bowl of mixed salad or three dessertspoonfuls of vegetables — cooked or raw, canned or frozen.

NZ media report on the review and research debate here.