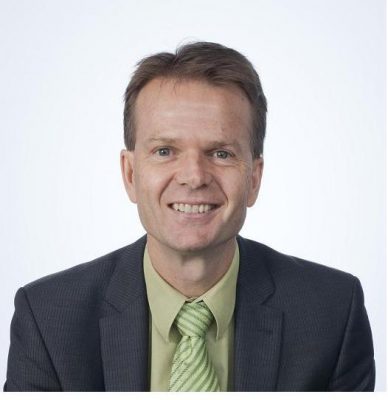 Recent research studies regarding the potential of liquid biopsies in Gastro-Intestinal cancers, much of which has been done in Australia has garnered a keen interest from both the research community and the general public.

What are Liquid Biopsies?

Liquid biopsies look at fragments of tumour DNA, at other tumour components released into the blood stream or whole tumour cells. These can all be found in the blood samples of some patients with cancer. The liquid biopsy provides an alternative to analysing a cancer tumour tissue sample and also provides much additional information. The most exciting of the liquid biopsy options, which is a very simple, safe and cost effective method, tests for circulating tumour DNA (ctDNA) mutations within the blood. There are many potential applications of ctDNA testing.

One of our AGITG members, Associate Professor Peter Gibbs, has been instrumental to the progress being made and along with Dr Jeanne Tie is leading one of the Australian AGITG ctDNA research studies.

As he explains “All cells have DNA. Normal cells don’t have DNA mutations, however cancer cells do. As such, if mutations are identified in a blood sample then it means there is cancer somewhere in the body, tiny fragments of DNA from which are being released in to the blood.”

While we currently have blood tests that can be used to screen for cancer, each only screens for one tumour at a time and has multiple limitations. The best known is the PSA test for prostate cancer. One benefit of a ctDNA test, compared with current blood screening methods, is that it can screen for all cancers across the whole body at once.

The promise and hope for GI Cancer patients is that this method can then be used to identify those cancers, which are otherwise hard to screen for – such as pancreatic cancer.

If DNA mutations are found on the initial blood test, which would be taken from well people, then further CT scans or other screening methods, such as a colonoscopy, would be undertaken to locate the tumour hiding somewhere in the body. Researchers are making great progress and are increasingly able characterise cancer DNA mutations, which provide clues as to what type of cancer might be present and where to go looking initially.

Associate Professor Peter Gibbs has no doubt that with time this liquid biopsy testing of ctDNA will be useful across later stages of cancer development and treatment.

Another interesting opportunity is in predicting cancer recurrence after tumours have been completely surgically removed. We know that a portion of patients will have the cancer return but we are not yet very good at predicting who will experience this. Evidence from the initial trials following patients with pancreatic and colorectal cancer has shown that, post-surgery, those with identified ctDNA mutations are at a much higher risk of recurrence than those without any ctDNA mutations. The current studies are exploring how this could be used to improve cancer outcomes.

Associate Professor Gibbs suggests that whilst the technology will provide minimal impact for survival of those with advanced cancer, where ctDNA also has potential as a blood test that can help to guide patient treatment, it will provide benefit to some patients by way of being less invasive and risky than a tumour biopsy. It will also help inform refinements in treatment plans, including providing a better understanding of drug resistance when this occurs.

“Overall however in terms of survival – screening will deliver the biggest impact. Ultimately if you can detect cancer that would otherwise not have been found in time then the patient may have the opportunity to go on to have curative surgery.”

According to Associate Professor Gibbs, clinical trials in this area are critical to proving the benefit, which is necessary to secure government funding and support for these tests. National screening programs could then be possible for all cancers – irrespective of where a cancer is located. The potential of this technology to deliver a cost-effective solution that improves the survival rates of individuals with GI Cancer makes this a very exciting development to watch.

Associate Professor Peter Gibbs will be presenting more about this area of research at our Annual Scientific Meeting this October. 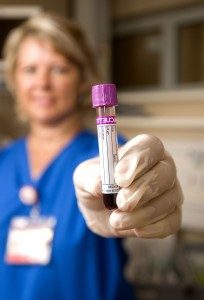 Include a Charity Week – help the work live on