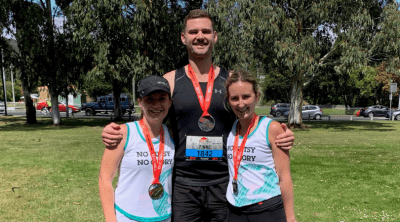 Beating the world’s toughest half marathon for cancer research

Luci wasn’t planning to run a half marathon – and definitely not the hardest one in the world.

“One of my best friends, Anna, talked me into it,” she says. “She really wanted to do a run in honour of my Dad.”

Luci’s father passed away from biliary tract cancer in 2018, after 20 months of treatment. Once she was convinced, Luci started training with Anna and another friend, Finn, to take on the challenge of Point to Pinnacle in Tasmania.

Point to Pinnacle has a reputation as the world’s toughest half marathon. The course includes over 1270m of ascending terrain with gradients above 10%, and there are often extreme changes in climate and weather conditions.

What started as an idea between friends quickly became more serious, as the support from family and friends exceeded their expectations.

“When we first started raising money for the GI Cancer Institute, we set our aim to raise $500,” she remembers. The trio have now raised over $10,000.

Luci trained hard for the marathon, but nothing could have been quite like the race itself, held in November last year.

“It was a very nice energy on the day because there were so many people running, and lots of people walking or cheering on the sidelines, so that helped.

“We felt like a lot of people had donated quite a lot of money, so we owed it to them to give it a good crack.” 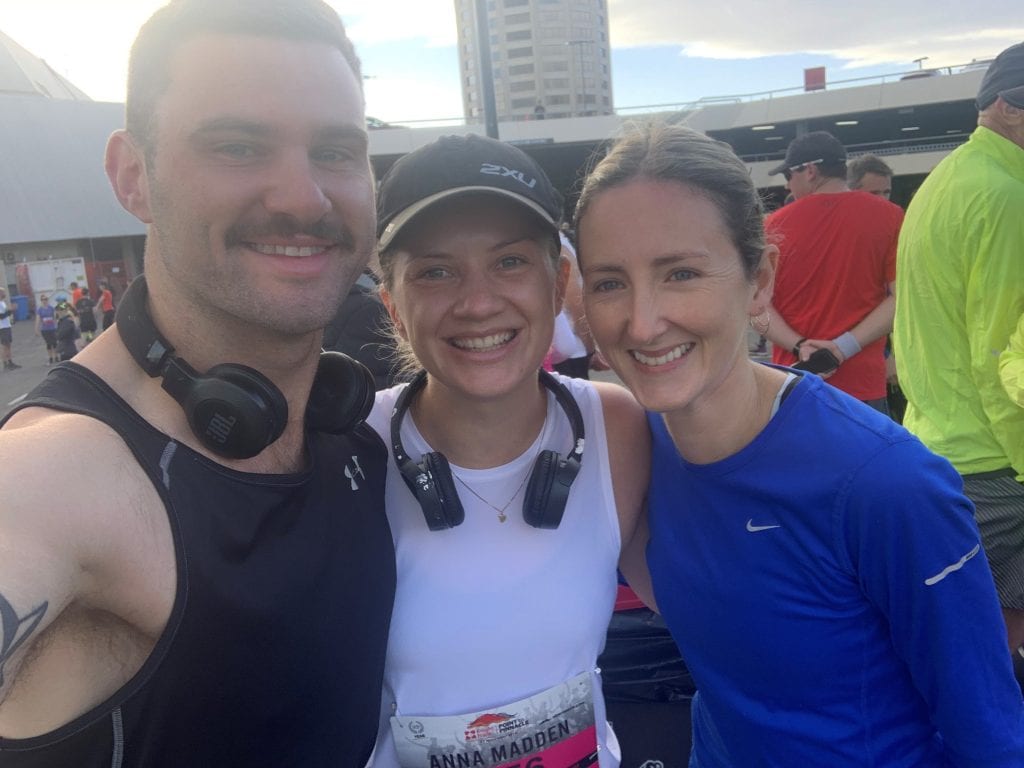 Biliary tract cancer, also called cholangiocarcinoma, is a rare form of gastro-intestinal cancer. The average rate of incidence is around 3 in every 100,000 Australians. This means that it is very difficult to detect it at its early stages, and there are fewer treatments available than for some more common forms of cancer.

“I remember when Dad was first diagnosed, at the end of 2016, he was diagnosed in the last stages, in stage five,” says Luci. “That was really quite a big shock because he was so fit and there were no obvious symptoms, so we didn’t really expect it. It deteriorated so quickly over those two years.”

As well as raising far more than their initial fundraising target, Luci, Anna and Finn have raised awareness of biliary tract cancer in the community. Luci says that she believes research could give patients access to new treatments in the future, which are currently not available or accessible to everyone.

“If you can prolong somebody’s life or improve somebody’s quality of life, and help them and their families through it, it’s definitely worth pursuing,” she says.