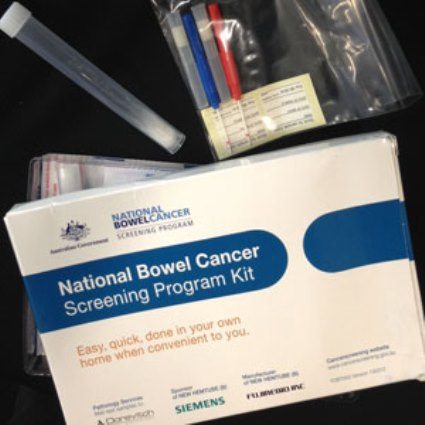 Participation in the National Bowel Cancer Screening Program has fallen slightly, despite the evidence that the screening saves lives, says a report from the Australian Institute of Health and Welfare (AIHW).

The National Bowel Cancer Screening Program (NBCSP) aims to reduce bowel cancer cases and related deaths in Australia through screening to allow cancers and pre-cancerous lesions to be detected early – when it can be most effectively treated.

Says AIHW’s Justin Harvey: “The good news is that since the program started in 2006, over 3,000 suspected or confirmed cancers have been detected, showing its effectiveness in detecting and preventing bowel cancer.”

But the report also shows the participation rate in the program in 2012-13 fell slightly from the previous year, across all three target age groups (people turning 50, 55 or 65).

“As in previous years, women were more likely to screen than men,” says Mr Harvey, and “conversely, men had higher rates of screen detected bowel cancers, and overall bowel cancer incidence and mortality.”

More about bowel cancer and our research