Joe Avati to MC Nina’s Quest for a Cure 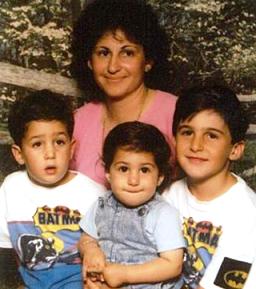 Joe Avati to MC Nina’s Quest for a Cure

With  Italian-Australian comedian  Joe Avati as MC and  former Australian Rugby Union player John Eales as a guest speaker, ‘Nina’s Quest for a Cure’, a fundraising dinner  for the GI Cancer Institute, is an event not to be missed.

Nina’s sons Daniel, Richard and Anthony Felice are organising the dinner in memory of their mother Nina  who passed away as a result of oesophageal and stomach cancer in 2004.

The ‘Nina’s Quest for a Cure’  will be held at Doltone House, Sylvania Waters on 21 February 2014, the ten year anniversary of Nina’s passing.

Tickets go on sale from October, but Daniel, Richard and Anthony have already raised an incredible $17,500, with all proceeds going towards vital GI cancer research.

There will also be a charity auction and raffle.  So far  over  $5000 worth of prizes have been donated.

“We are holding the  dinner in honour of our mother, in memory of how she was loved by those she knew and how she inspired even those she didn’t. It’s to remember the strength, passion and determination she possessed and to show how much she has been missed over the past 10 years,” the brothers said.

“We want her legacy to be our continued fight against cancer,” they added.

Nina was first diagnosed with cancer in March 2003. She was just 42 when she lost her battle with the disease.

To purchase tickets or to sponsor the event or donate prize items, visit www.ninasquest.com.au

Face to face with a Colon cancer researcher