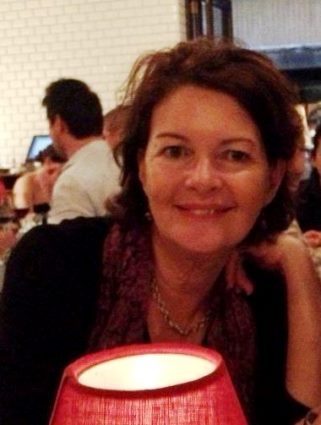 A Clayton Utz Foundation grant of $5,000 will help the GI Cancer Institute extend our Engage Community Forums — bringing patients and supporters together with leading research and practitioners.

This is our third grant from the Clayton Utz Foundation.  The first was for printing an educational flyer about GI cancer, and a second followed in 2012 supporting printing resources to promote the Engage program.

The current grant is in recognition of the volunteer fund-raising efforts of Clayton Utz staff member Joanne Gentle (pictured) — who has run in the Sydney City2Surf, sold raffle tickets and handed out leaflets to support the GI Cancer Institute.

Joanne has had a personal connection to GI cancer through her brother Mark, who received treatment for a rare gastrointestinal stromal tumour (GIST) via an AGITG clinical trial. This trial investigated a new targeted therapy called Glivec, which prolongs survival. Mark benefited from participation in the trial for about five years until he passed away in late 2006.

Says Joanne: “The Advanced GIST clinical trial enabled Mark and hundreds of other GIST patients to access the breakthrough treatment that would not otherwise have been available in Australia at the time the trial was conducted. It also generated much-needed data that proved the drug to be effective.”