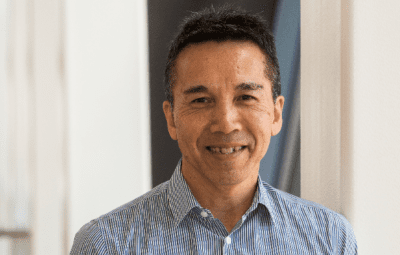 Congratulations to TOPGEAR for completing recruitment and NHMRC success

The TOPGEAR trial in resectable gastric cancer has now completed patient recruitment! This significant milestone coincides with the important announcement that the trial has just been awarded another National Health and Medical Research Council (NHMRC) grant.

TOPGEAR is the largest trial ever conducted by the AGITG. This multidisciplinary study involved the collaborative efforts of radiation oncologists, medical oncologists and surgeons to determine the optimal adjuvant regimen for potentially curable gastric cancer.

“TOPGEAR is trying to answer one of the most important questions in Upper GI oncology worldwide, and that is to determine the best combination of chemotherapy, radiotherapy and surgery to improve cure rates for patients with gastric cancer,” Study Chair Professor Trevor Leong said.

Opening to patient recruitment in 2009, the TOPGEAR study team initially established the Australian sites before moving to develop international recruitment in 2013. Having established 70 sites in Europe, Canada, New Zealand and Australia, this trial involved the collaborative efforts of the European Organisation for Research and Treatment of Cancer (EORTC), the largest clinical trials group in Europe, and the Canadian Cancer Trials Group (CCTG). This collaboration propelled TOPGEAR to international recognition and will allow this Australian-led trial to set the standard of care and improve treatment outcomes on a global-scale.

“This international collaboration didn’t come easy. We campaigned at CCTG and EORTC meetings for several years, and had to gain endorsement from multiple committees. The number of steps we had to take for international approval over several years was a major effort, but I think the endorsement we received illustrates the importance of this trial across the different regions,” Professor Leong said.

In May 2021, TOPGEAR reached its patient accrual target having successfully enrolled 574 patients from around the globe.

“I would like to thank everyone involved in TOPGEAR for their tireless efforts over the duration of this trial. TOPGEAR has involved hundreds of people across the globe and completing patient recruitment is a significant achievement that we all should be proud of.”

It has been a long journey for Professor Leong and the TOPGEAR team who were initially met with uncertainty from the different stakeholders, needing cooperation of all three disciplines to get the trial off the ground and convince the groups of the end goal.

“There were sceptics at the beginning, but you have to be persistent. This is the biggest and most significant trial that this organisation has ever led, and it is a credit to the AGITG for backing our trial throughout the various stages.”

TOPGEAR was the highest ranked application in the NHMRC Clinical Trials and Cohort Studies grant round, and the sole application to achieve a Category 7 ranking, which is an impressive feat considering this NHMRC grant round only had a 6.9% success rate. This is the trial’s third NHMRC grant and Professor Leong believes this is reflective of the fact that this randomised phase III study is truly interdisciplinary and international with a global significance.

“We received funding because it is such a key trial. It’s a trial that is important to all three oncology disciplines and has universal appeal. It is also an academic trial which asks a fundamental question in oncology that cannot be addressed by Pharmaceutical industry sponsorship.”

“Clinicians across the world are eagerly awaiting the results. When you go to oncology meetings they will talk about TOPGEAR, especially in Upper GI circles where it is one of the the most anticipated trials.”

Clinicians will be able to hear an update on TOPGEAR when the trial is presented at the American Society for Radiation Oncology (ASTRO) Annual Meeting in October.

Progressing into the final stages, we look forward to sharing the results of the trial which aim to set the standard of care for patients with resectable gastric cancer and improve treatment outcomes and cure rates.