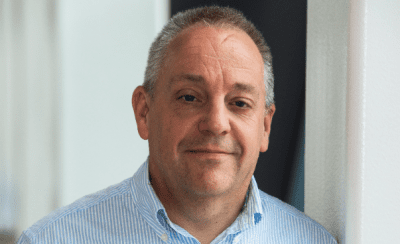 The final patient participating in the MODULATE clinical trial has now joined, meaning that all 90 participants are enrolled in the study.

MODULATE, led by Professor Niall Tebbutt, is a phase II clinical trial evaluating a new combination treatment for ‘microsatellite stable’ colorectal cancer, which makes up about 80-85% of colorectal cancers. These cancers do not respond to immunotherapy, treatment that triggers the immune system to attack cancer, because the tumours exist in an environment that suppresses the immune system.

“One of the more promising treatments in oncology in general at the moment is immunotherapy,” Professor Tebbutt says. “That plays a role in lots of other cancers, but generally bowel cancer is resistant.”

Participants in MODULATE are treated with nivolumab, a form of immunotherapy known as a ‘PD1 inhibitor’. Some cancer cells have high levels of the protein PD1, which plays a role in helping them to hide from the immune system. Nivolumab inhibits the effect of PD1, meaning that the immune system can recognise and attack cancers. In addition, participants also received one of two other drugs, believed to facilitate white blood cells in reaching cancers.

Professor Tebbutt says, “If we could learn something from MODULATE that could enable us to design a better study down the track, it would be worthwhile.”

The safety and well-being of our participants, other patients, family members, researchers and other clinical and support staff is paramount. Therefore, several measures have been implemented to minimise participant exposure to COVID-19, including reduced clinic visits through use of telehealth where possible.

The future of the GI Cancer Institute