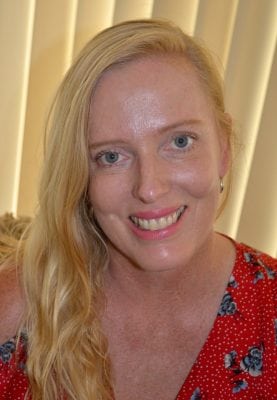 When Gill Worden saw that the GI Cancer Institute was looking for people to join its Consumer Advisory Panel in 2017, she almost didn’t send in an application.

“I was very unsure about whether I was ready to do it or not,” she says. Her husband had passed away from stomach cancer in 2013, and it was hard to know if she was prepared to take on a role on the CAP. Despite her reservations, she also felt that it was important to potentially make a difference for other people affected by cancer.

“I felt like I had something to contribute,” she says. “Giving back to the people who were doing the research, doing the hard yards for people like my husband. I felt like potentially if I could make a difference for somebody else then it would be worth it.”

The GI Cancer Institute’s Consumer Advisory Panel is made up of people who have an informed consumer perspective on GI cancer. They are responsible for consulting with medical professionals on the Scientific Advisory Committee and the Working Parties. They ensure that all the information given to consumers about clinical trials is easy to understand and includes everything consumers want to know.

“It’s finding that balance between giving enough information so that people are informed if they’re going to participate in a clinical trial or if they have participated,” she says. She notes that it is also important to keep in mind that “if it’s too lengthy or it becomes overwhelming, people just stop reading.”

For people who may be considering joining a clinical trial, or have already participated in one, having access to clear and relevant information about the nature of the trial is incredibly important. As a Consumer Advisory Panel member, Gill attends AGITG conferences and attends meetings to stay up to date on the latest developments in GI cancer research.

“When you go to the conferences, and you hear about the trials, you realise that they’re advancing all the time in their knowledge, and it’s exciting to be a part of that,” says Gill. Clinical trials are an integral part of the development of new treatments that can lead to better survival rates for cancer patients.

Gill is joining the Gutsy Challenge and completing the Overland Track in November this year to raise funds for GI cancer research. Support her through her fundraising page at http://bit.ly/2FYj23z.

How trials have changed treatment for advanced bowel cancer