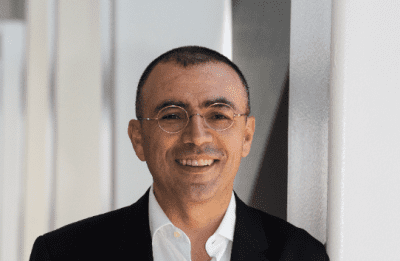 Highlights from the ASCO Annual Meeting

The ASCO Annual Meeting is the world’s largest oncology conference. In 2019, more than 30,000 people attended the meeting in Chicago, with hundreds of presentations on the latest research from around the world. These included several key studies which could change practice for GI cancer or pave the way for groundbreaking treatments in the future.

One of these was the POLO clinical trial, which found that the medication olaparib prolonged progression-free survival for patients with advanced pancreatic cancer. This is an encouraging result – however, olaparib was tested in comparison with a placebo, rather than the standard chemotherapy treatment. Future research could be conducted to find out if olaparib prolongs survival more than chemotherapy.

“It has taken a huge amount of effort and coordination to do a study in a rare subset of an uncommon cancer,” says AGITG member Associate Professor Mustafa Khasraw. “It’s very important research to be done.”

The KEYNOTE-181 clinical trial found that patients with advanced oesophageal cancer had significantly better survival outcomes with the medication pembrolizumab than chemotherapy. Pembrolizumab was given as a second-line treatment, after the standard treatment had failed. This study could lead to further research in this area.

The results of the 2018 ASCO National Cancer Opinion Survey were also released at the meeting. This survey examined the opinions of cancer patients and survivors, as well as people who had not been affected by cancer. In response to the statement “cancer can be cured solely through alternative therapies, without standard cancer treatment”, 39% of participants agreed overall.

“When you say alternative medicine, that’s a large umbrella. It doesn’t only include medicine, it includes other things,” says A/Prof Khasraw. He notes that many alternative medicines are unregulated, which can mean that they are potentially harmful or have unexpected effects when taken in combination with conventional treatments.

The gut microbiome is also emerging as an important area for research, although very little is known about it. Recent studies have found that patients with a more ‘favourable’ gut microbiota profile are more likely to respond to some immunotherapy treatments. “People find this interesting, because it has to do with diet and lifestyle and where you live,” says A/Prof Khasraw.

The results presented at ASCO reflect the growing momentum in the GI cancer research space. Better treatments are emerging – not from a single source, but through worldwide collaboration and research into all aspects of this diverse group of cancers.