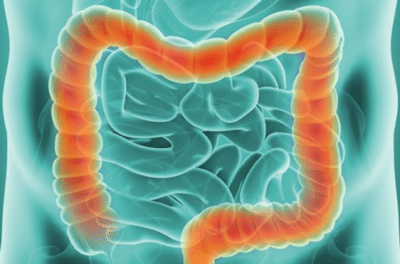 How trials have changed treatment for advanced bowel cancer

Since the formation of the AGITG in 1991, the five-year survival rate for bowel cancer has increased from 45-65%. For patients with advanced bowel cancer, developments in treatment have led to more options for longer survival and better quality of life.

In the early 1990s, there was only one treatment available for advanced bowel cancer, the chemotherapy drug 5-fluoracil. In the late 1990s, new forms of chemotherapy became available to patients, notably oxaliplatin and irinotecan, which improved outcomes for patients.

The development of targeted treatments has been important for patients with advanced bowel cancer. Targeted therapy is different from regular chemotherapy in that it targets specific genes or proteins found in cancer cells to stop cancer from growing. Throughout the 2000s, a number of studies around the world investigated targeted therapy. One of those was the MAX study conducted by the AGITG, which found a treatment combination, which found a treatment combination involving oral chemotherapy combined with a targeted antibody treatment, bevacizumab, resulted cancers being controlled for a longer amount of time.

Another significant AGITG study during this time was CO.17, conducted in collaboration with the Canadian Clinical Trials Group. CO.17 studied the effectiveness of the drug cetuximab, and found that it increased survival for patients with advanced bowel cancer. Moreover, another analysis of the study showed that patients could be selected for treatment based on the presence or absence of a gene mutation (called k-ras) within the tumour. This strategy of selecting treatment based on the genetic profile is an important step for the development of personalised medicine.

Although some trials stand out as successes, medical oncologist Associate Professor Niall Tebbutt notes that much of the AGITG’s important work has been in studies that have not necessarily had positive results.

“A study that is positive has immediately got a big advantage in terms of prominence in comparison with a study that’s negative,” he says. However, he notes that while studies that change clinical practice tend to gain more prominence, the knowledge gained from trials with negative results provides insights that are then built on in further research.

One example is the CO.23 trial conducted in the mid-2000s. This trial was found to be unlikely to yield positive results and halted early. After analysing the results that had been gathered, however, researchers found that the survival was actually improved specifically in patients whose cancers had an activated STAT3 gene and who received the study drug napabucasin.

“If you look at the results, the study as a whole is negative,” says Associate Professor Tebbutt, “But if you look at the patients with an activated STAT3 at baseline, applying the STAT3 inhibitor in most cases improved survival very substantially.” The results of the trial were not as expected, but still contributed valuable knowledge to the field of GI cancer research.

These developments in knowledge and improvements in the treatment of advanced bowel cancer have been the result of large numbers of trials conducted around the world. They have arisen from the culmination of these contributions.

Thanks to Associate Professor Niall Tebbutt for his contribution to this story.