I’m lucky to be here 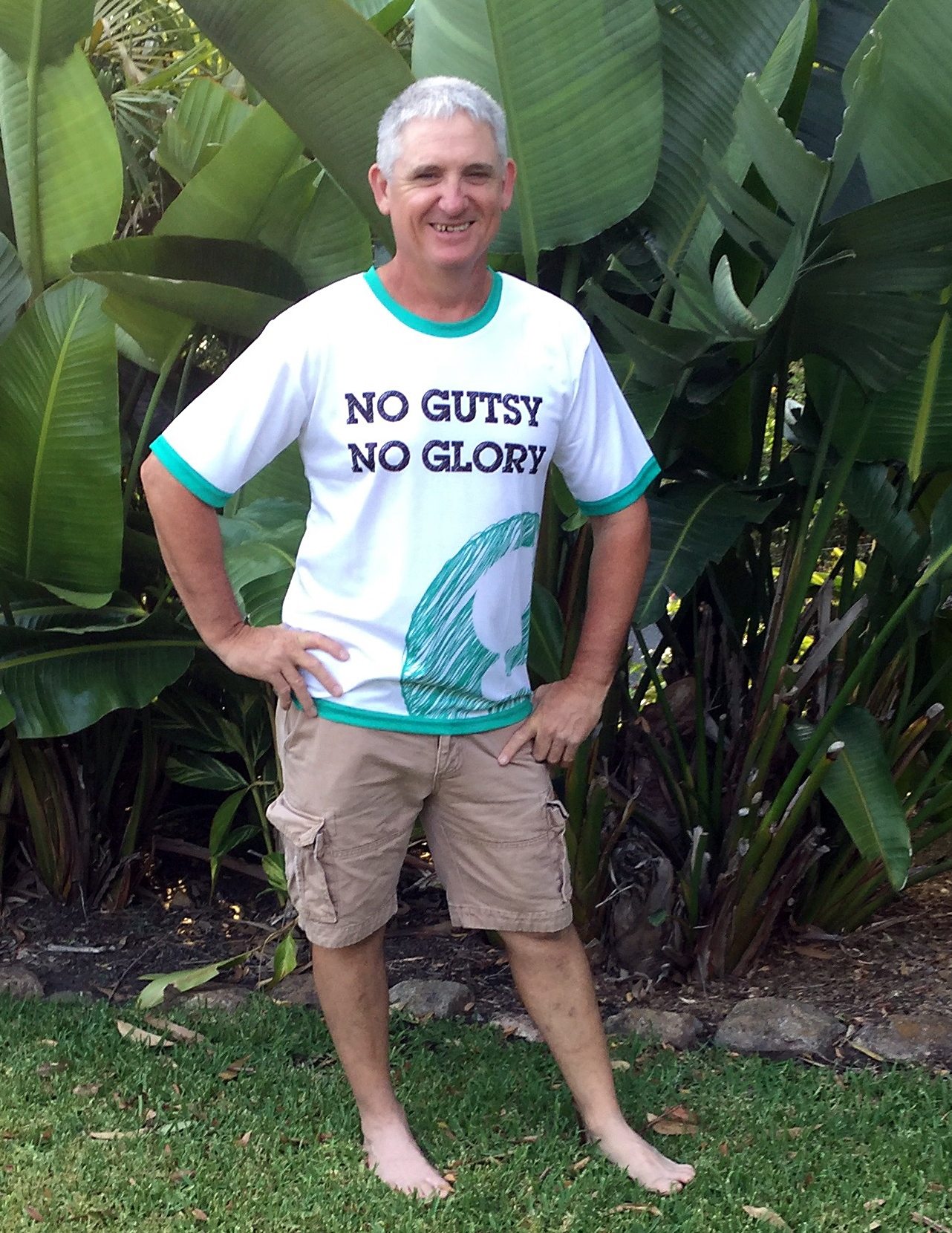 I’m lucky to be here

Jason Kuenz is a house painter in Kallangur, QLD and loves to keep himself busy. Ever since he was diagnosed with stomach cancer in 2012 and again in 2013, he has been determined to do as many things as possible with his life.

“I was going to my GP in 2012 because I was really drained and tired. She was great and kept pushing for tests. Then they sent in the cameras and they found it — a small GIST tumour” Jason explains. GIST (Gastro-intestinal Stromal Tumour) is a form of gastro-intestinal cancer and just over 2,000 Australians are diagnosed with GIST every year.

“The surgeon gave me some options and I told him, mate, I don’t ask you how to paint a house, you’re the surgeon, you tell me! So I had surgery and I was operated on within two weeks and they removed part of my stomach. It was agony and I was off work for three months, so I also had a lot of financial stress” Jason continues.

Almost a year later, Jason was diagnosed with a second tumour. He had further treatment and surgery and is now back at work and taking on an exciting Gutsy Challenge for the GI Cancer Institute. In August 2017, Jason and a team of 15 supporters and clinicians will trek 83km along the Larapinta Trail in the Northern Territory. Before they depart, they’ll raise vital funds to support patients like Jason through the GI Cancer Institute’s clinical trials and research.

I received an email about the Larapinta Gutsy Challenge and I thought, bloody oath, I want to do this! ” Jason exclaimed. “ I want to raise money and awareness about stomach cancer. I want to prove to myself that I can do this and I want to do it for all those people that have had cancer and can’t take on a challenge like this.”

Jason credits his dogs, friends and his Mum for their support and the physio students that taught him how to exercise after having cancer. “They’re the ones that got me back into the gym” Jason says. “Now I am getting ready for the trek. Lots of the people I used to see at check-ups and friends I made through the GIST support group have passed away. I’m so lucky to be here”

To join the trek, visit here but be quick! Limited places are available.

Genesis of a clinical trial