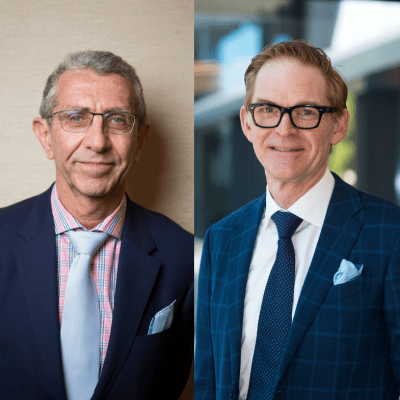 The GAP study challenged the prevailing standard treatment for pancreas cancer – patients that were considered curable had surgery first, followed by chemotherapy. While the standard treatment was considered effective for patients that are able to complete chemotherapy, a significant proportion of patients are not able to complete it. Researchers wanted to investigate whether chemotherapy treatment before surgery could have a beneficial effect, but there was initial resistance.

“There was a great deal of apprehension on the part of surgeons that it would prevent and reduce the opportunity to go ahead with surgery,” said Professor David Goldstein, who chaired the study with Professor Andrew Barbour.

GAP trial patients had chemotherapy during the weeks before their surgery using the current, most effective combination of drugs: gemcitabine and nab-paclitaxel, once a week for three weeks, and then repeated after a rest week, making eight weeks in all.

“The most important outcome was first, that nobody missed out on surgery who would have otherwise got it. And second, some people, for whom surgery would have been entirely futile, were spared surgery, just by delaying the timing of the surgery,” said Professor Goldstein.

One of the most critical and lasting impacts of the trial has been on the confidence it has inspired in surgeons and oncologists to try new ways to tackle this complex disease.

“At the beginning of the trial when I asked for a show of hands whether people thought it was a good idea, there’d be one or two. More recently, it’s almost unanimous that people are prepared to trymore pre-operative chemotherapy regimes,” said Professor Barbour.

“The study has punched well above its weight in terms of its impact on clinical practice.”

The Future of GI Cancer Research

Battling the Elements for Gutsy Glory