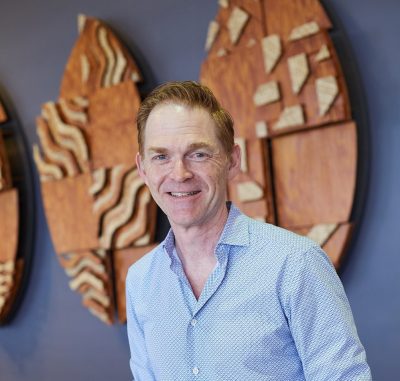 The DOCTOR trial is a highly successful clinical trial, run through the GI Cancer Institute’s national member network, that looked to determine which is the best form of pre-operative therapy for oesophageal cancer. The DOCTOR trial closed to recruitment on 30 December, 2015 with 126 patients registered and 66 patients randomised. Since then, researchers have conducted a translational genomics study.

The DOCTOR trial demonstrated that using PET scans performed only 2 weeks after starting chemotherapy we can identify patients with worse survival, referred to as early PET-non-responders, and change their treatment in a timely fashion. In the DOCTOR trial, patients identified as early PET-non-responders had their pre-operative treatment changed by adding an additional drug, docetaxel, with or without radiotherapy.

The DOCTOR Trial demonstrated that changing treatment for early PET-non-responders in this manner resulted in more tumour shrinkage and better surgical outcomes than if the treatment had continued. Hence, therapy was tailored to the individual patient’s risk. We await longer follow up to determine the effect of this novel approach on survival.

In 2015, Professor Barbour and co-investigators from the School of Medicine, The University of Queensland, were also awarded $50,000 from the GI Cancer Institute’s Innovation Fund. This contributed towards supporting a translational study entitled DOCTOR Genomics Study. As an extension to the larger scale DOCTOR trial, the DOCTOR Genomics Study looked at the genetics of tumour samples collected from patients before starting therapy, to understand what are the genetic determinants of oesophageal cancer relapse and why some patients benefit from pre-operative therapy while many do not.

“The additional Innovation Grant has allowed us to capitalize on the analysis of patient blood and tumour tissue biopsies that were collected as part of the DOCTOR trial before and after pre-operative therapy. Using the Grant, we have extracted DNA and RNA from the patients samples and performed detailed analyses of the DNA content (known as DNA copy number) of the patients germline (the genetic code you are born with) and the tumour (genetic changes associated with the cancer).

These analyses have allowed us to identify patient samples that will be suitable for detailed genetic studies of the trial patients where we plan to sequence the entire DNA code of the blood (germline) and tumour, in the same detail as the original Human Genome Project.”

Report in to Funding for Low Survival Cancers Submitted to Parliament