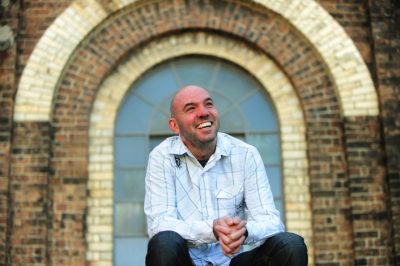 At the GI Cancer Institute and Australian Gastro-Intestinal Trials Group (AGITG), not only are we passionate about GI Cancer research, we are also committed to supporting and encouraging new GI cancer researchers through awards, courses and grants.

Our most recent initiative is the Kristian Anderson Award, which offers funding to support a clinician undertaking a higher degree (MD or PhD) to research an aspect of personalised medicine in the area of colorectal cancer. The award is in memory of the late film editor Kristian Anderson, who was diagnosed with bowel and liver cancer in October 2009 when he was just 34 years old. In 2010, a birthday video he made for his wife went viral online and was watched by talk show queen Oprah Winfrey, who brought the couple on stage during her visit to Australia in 2011. After his life was prolonged by the drug cetuximab, Kristian used his new-found profile to successfully lobby the federal government to subsidise the drug. After over two years of extensive treatment since he was first diagnosed with incurable colorectal cancer, Kristian passed away on 2 January 2012. He is survived by his wife Rachel and two young boys Cody and Jakob.

The award recipient will receive one year’s funding ($36,700) for their research, and will be required to present on the status of their project at the 2014 AGITG Annual Scientific Meeting. Applicants will be assessed on the Scientific Merit of their proposed project, and personal suitability based on their CV. Read more.

The AGITG also ran a preceptorship in colorectal cancer on 16-17 August 2013. Forty young medical, radiation and surgical oncology researchers in Australia attended this two day intensive learning course which was based on understanding the evolution of treatment for colorectal cancer. Six experienced researchers also attended the course and each mentored a small group of the younger researchers. The preceptorship was sponsored by Roche Products.

Annual awards for emerging researchers were also given at the 15th AGITG Annual Scientific Meeting (ASM) in October. The Best of Posters award required researchers to submit an abstract and prepare a poster to be displayed at the ASM. A number were chosen for oral presentation, and a winner and runner-up were chosen. Congratulations to this year’s winner Jeanne Tie and to runner up Melanie McCoy. The Best of New Concepts award required several junior researchers to present their concepts at the ASM, where they were then given feedback by the international guest speakers before a winner was chosen. Congratulations to winner Dr Mustafa Khasraw.

Over 100 at Adelaide Engage forum!

VIVO Cafe is kicking cancer in the guts