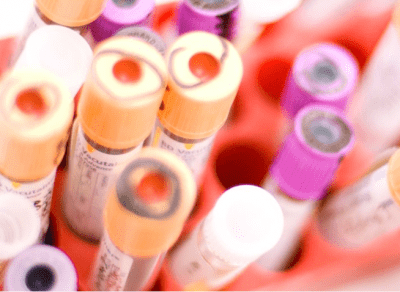 The following sites have opened for AGITG trials in the past month:

NABNEC over halfway to enrolment target

The NABNEC study for patients with advanced gastrointestinal neuroendocrine carcinomas (NECs) is currently open in 16 sites across all six states in Australia.

The aim of NABNEC is to determine the safety and efficacy of carboplatin plus nab-paclitaxel in comparison to the current standard chemotherapy plan (carboplatin plus etoposide) and find the most promising treatment for advanced gastrointestinal neuroendocrine carcinomas (NECs).

The trial is over halfway to its enrolment target, with 36 participants out of a target of 70. As gastrointestinal NECs are so rare, recruitment has been gradual. In order to make the study as accessible as possible, protocol changes and amendments were made to NABNEC in 2019, with inclusion criteria being adapted to maximise inclusiveness for patients with NECs.

“Although the trial is recruiting a rare cancer population, enrolment has picked up in the last twelve months and we have now reached over half of the enrolment target,” says Dr Lorraine Chantrill, Principal Investigator of the trial. Dr Chantrill has taken over the role from A/Prof Mustata Khasraw, after he took up a position as medical oncologist and neurooncologist at Duke University’s Preston Robert Tisch Brain Tumor Center, and Deputy Director of the Center for Cancer Immunotherapy.

NABNEC Recruitment Video (produced in collaboration with The Unicorn Foundation)

Find out more about NABNEC here.

SPAR is a randomised phase II trial that aims to evaluate the effect of simvastatin on efficacy and toxicity of preoperative chemo-radiation  in rectal cancer patients, and on systemic and local inflammatory responses.

The SPAR manuscript was published in BMC Cancer in December 2019. The manuscript authors noted that “When completed this study will be able to observe meaningful differences in measurable tumour outcome parameters and/or toxicity from simvastatin.

“A positive result will require a larger randomised controlled trial to confirm and validate the merit of statins in the preoperative management of rectal cancer. Such a finding could also lead to studies of statins in conjunction with chemoradiation in a range of other malignancies, as well as further exploration of possible mechanisms of action and interaction of statins with both radiation and chemotherapy.”

Retrospective studies have indicated that taking statins can lead to improved outcomes for colorectal cancer patients, including overall survival, pathological response of rectal cancer to preoperative chemo-radiation, and acute and late toxicities of pelvic radiation. Most patients have no side effects from statins.

“I’m hoping that the outcome of this trial can help people get through their treatment more easily,” says A/Prof Michael Jameson, Principal Investigator of SPAR, “And have fewer problems long-term from having had radiation.”

Currently, 30 patients have joined the study out of a target of 222. SPAR is open in ten sites across New South Wales, Queensland, South Australia and New Zealand.

SPAR is recruiting patients with rectal cancer who are being treated with chemo-radiation, and who are not already taking statins. If the study is successful, statins could provide an accessible and inexpensive method of improving outcomes for rectal cancer patients.

Find out more about SPAR here.