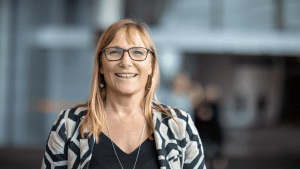 The NABNEC study for patients with advanced gastrointestinal neuroendocrine carcinomas (NECs) is currently open in 16 sites across all six states in Australia.

The aim of NABNEC is to determine the safety and efficacy of carboplatin plus nab-paclitaxel in comparison to the current standard chemotherapy plan (carboplatin plus etoposide) and find the most promising treatment for advanced gastrointestinal neuroendocrine carcinomas (NECs).

The protocol for NABNEC has been amended to change the recruitment target to 58 and remove the control arm of the trial. These changes have been made to ensure that the trial reaches an achievable, statistically relevant trial result as recruitment has been slower than forecasted. Recruitment has also been extended until June 2021.

The trial is over halfway to its enrolment target, with 37 participants currently enrolled. As gastrointestinal NECs are so rare, recruitment has been gradual. Previous protocol amendments were made to NABNEC in 2019, with inclusion criteria being adapted to maximise inclusiveness for patients with NECs.

“Although the trial is recruiting a rare cancer population, enrolment has picked up in the last twelve months and we have now reached over half of the enrolment target,” says Dr Lorraine Chantrill, Principal Investigator of the trial. Dr Chantrill has taken over the role from Professor Mustata Khasraw, after he took up a position as medical oncologist and neurooncologist at Duke University’s Preston Robert Tisch Brain Tumor Center, and Deputy Director of the Center for Cancer Immunotherapy. 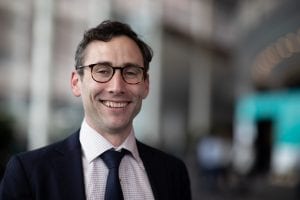 MASTERPLAN has re-opened to patient recruitment, after the trial was paused due to the COVID-19 crisis.

MASTERPLAN is a phase II randomised study of mFOLFIRINOX and sterotactic body radiotherapy (SBRT) for patients with high risk, borderline resectable or locally advanced pancreatic cancer. The study has also opened at several more sites across Australia including Royal Adelaide Hospital, the Chris O’Brien Lifehouse in Sydney, Peter McCallum Cancer Centre in Melbourne, and Icon Cancer in the Gold Coast.

The study first opened in Princess Alexandra Hospital, Brisbane, in October 2019, and it is now open in five sites across Australia. An additional 2-3 sites are expected to be open for recruitment in the coming weeks. The first patient joined the trial in February this year.

The guidelines for pancreatic SBRT, developed by the MASTERPLAN study team, have been published in Elsevier Practical Radiation Oncology. View the guidelines here.

The enrolment target for the study is 120 patients. 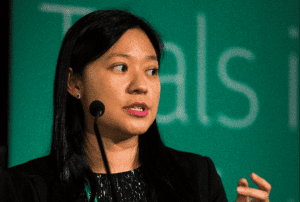 DYNAMIC-Pancreas aims to demonstrate that a ctDNA-informed adjuvant therapy approach following curative intent surgery for localised pancreatic cancer could reduce the proportion of patients that have detectable ctDNA after completing therapy, compared to the standard of care treatment.

Previous ctDNA studies have found that the percentage of patients with detectable levels of ctDNA in their blood correlated with the stage of cancer, and that the concentration of ctDNA in blood increased as the cancer stage increased. The DYNAMIC studies will extend this knowledge by determining whether ctDNA can be used to inform decisions around therapy for patients by predicting the likelihood of relapse following surgery.

“I hope that ctDNA analysis will enable us to more accurately define recurrence risk and allow us to adjust treatment according to the individual patients’ risk of relapse,” says Dr Belinda Lee, Principal Investigator of the trial.

Pancreatic cancer has a high rate of relapse after surgery, which contributes to the low survival rate of this cancer. By understanding and grouping pancreatic cancer patients based on risk of recurrence and utilising a biomarker such as ctDNA, it may be possible to determine which patients are at greater risk of disease recurrence and escalate their chemotherapy to more intensive therapy accordingly.

Thirty patients have been enrolled in DYNAMIC-Pancreas out of a target of 438 at participating sites across Australia. 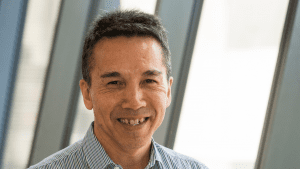 The purpose of TOPGEAR is to investigate whether the addition of chemoradiotherapy to chemotherapy is superior to chemotherapy alone in the neoadjuvant setting in patients with resectable gastric cancer.

TOPGEAR is an international trial involving 66 sites in 15 countries across Australasia, Europe and Canada. It is an intergroup trial being conducted as a collaboration between the AGITG, TROG (Trans-Tasman Radiation Oncology Group), EORTC (European Organisation for Research and Treatment of Cancer), and the CCTG (Canadian Cancer Trials Group).

“The trial is in the final stages of recruitment and with over 500 patients recruited, it is already the largest trial evaluating preoperative chemoradiation for gastric cancer,” says Professor Leong. “TOPGEAR continues to generate considerable interest at international meetings and the results are eagerly awaited by clinicians worldwide.”

International clinical trials are a vital method of conducting research into diseases that affect patients worldwide. This means that new therapies can be made available to patients around the world at the same time, and this trial has the potential to change practice on a global scale.

So far, 538 patients have joined the study out of an Australian target of 570.