ALT-GIST results to be presented at ASCO

The preliminary results of the phase II ALT-GIST study will be presented as a poster at the ASCO Annual Meeting on 1 June. ALT-GIST investigated whether a strategy of alternating treatment with imatinib and regorafenib was superior to standard dosing of continuous imatinib in frontline treatment of metastatic gastro-intestinal stromal tumours (GIST).

Study chair Professor Desmond Yip (pictured left) will present at the ASCO poster session. “ALT-GIST was a multinational collaboration between the AGITG, the European Organisation for the Research and Treatment of Cancer and the Scandinavian Sarcoma Group,” he says. 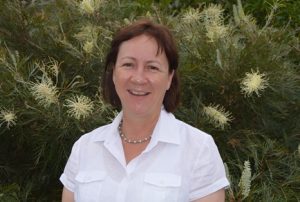 The ACTICCA-1 study offers a new option for patients with cholangiocarcinoma. It aims to determine whether treating patients with a chemotherapy combination of gemcitabine and cisplatin following surgery for cancer of the biliary tract helps to reduce cancer recurrence.

Cholangiocarcinoma, or biliary tract cancer, is an uncommon cancer, with only a few hundred new cases diagnosed in Australia each year. Current standard treatment is surgery followed by adjuvant chemotherapy with capecitabine, but this can only be applied when the cancer is localised and resectable.

As cholangiocarcinoma is rare, many participating investigators have seen fewer cases than initially expected at the time of feasibility assessments for the trial. Site activations have also taken longer than expected due to resourcing issues at sites.

ACTICCA-1 first opened to recruitment in 2016, led by Principal Investigator Dr Jennifer Shannon (pictured above). Since then, the trial’s protocol has been amended to adapt to new discoveries about the best method of treatment.

“The results of a large UK trial known as the BILCAP study, released in May 2017, changed the standard of care for this patient population,” reports Martijn Oostendorp, Associate Oncology Program Manager responsible for ACTICCA-1. “As a result, the trial underwent a recruitment freeze from May 2017 to November 2017 whilst the protocol was amended to reflect the change in patient care.”

Mr Oostendorp notes that ACTICCA-1 remains a highly relevant trial. It aims to address significant unmet needs for better treatment in a patient group that has a very poor survival rate.

Physicians are encouraged to refer any patients that could potentially be eligible for ACTICCA-1 to participating investigators. Refer to ANZCTR, the AGITG website or contact acticca1@ctc.usyd.edu.au for trial details, eligibility criteria, participating sites and other information.

The phase III ASCOLT trial has recruited 354 out of its target of 400 patients in Australia and New Zealand. The total accrual target for the trial internationally was originally 1200, but was raised to 1587 in July 2018.

ASCOLT is investigating whether low-dose aspirin improves disease free survival and overall survival in patients with resected high risk stage II and III colorectal cancer. Participants in the trial are randomly allocated to one of two groups. One group is provided with 200mg of aspirin to take daily for three years, and the other group is provided with a matching placebo.

Royal Hobart Hospital currently has the highest recruitment of sites in Australia and New Zealand, with 31 patients. It is followed closely by Orange Hospital, where 29 patients have been recruited, and Calvary Mater Newcastle, with 24.

A modified tele-trial model has been implemented in hospitals at Orange and Dubbo, giving patients in remote areas access to clinical trials. ASCOLT’s Program Manager, Chris Aiken, reports, “To our knowledge to date, four patients are making use of being able to have their visits via this method.”