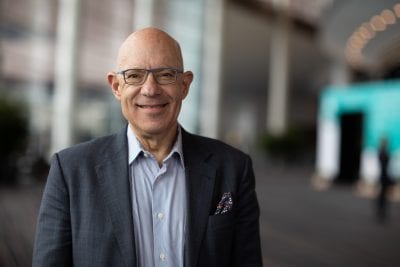 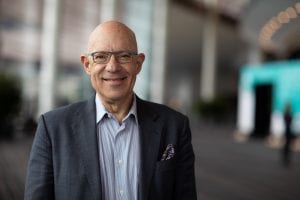 The SSGXXII trial concept was approved by the Upper GI Working Party on 15 May, after its feasibility study found that the trial is viable to open in Australia.

SSGXXII, is a randomised phase III multi-centre study by the Scandinavian Sarcoma Group (SSG). It is investigating the effectiveness of three years versus five years of adjuvant imatinib as a treatment of patients with operable gastro-intestinal stromal tumours (GIST) with a high risk of recurrence.

Although the study is half-way through, SSG is seeking collaboration from AGITG to enrol patients in Australia. Subject to funding being secured, the study will be led in Australia by Professor John Zalcberg. SSGXXII has not halted due to the COVID-19 pandemic, although some protocol variations are expected as patients may take part in tele-health consultations rather than face-to-face visits.

Internationally, 160 patients have joined the study so far out of an enrolment target of 300. There will be a review of the study’s progress in October to determine the AGITG’s potential participation.

In the SPAR trial, researchers are investigating whether taking a statin drug (usually used to regulate cholesterol levels) could boost chemoradiotherapy treatment for people with rectal cancer.

“A positive outcome in the SPAR trial, either through improved tumour response or reduced toxicity from chemoradiation, would lead to a phase III trial to confirm the findings and look at long-term outcomes,” says the Study Chair, Associate Professor Michael Jameson. “This study has the potential to change treatment for rectal cancer to add a statin to chemoradiation.”

Elderly patients are at a high risk of colorectal cancer, but may not be able to tolerate current chemotherapy treatments. The aim of the MONARCC trial, led by Dr Matt Burge, is to investigate the activity of anti-EGFR monotherapy, or combined with infusional 5FU, in a molecularly selected, elderly patient population with metastatic colorectal cancer.

Patients with metastatic colorectal cancer who are aged 70 years or over may be eligible to participate in MONARCC. The trial is currently open across Australia.

Circulating Tumour DNA (ctDNA) is shed from tumour cells into the circulatory system. By using new technology to measure the presence of ctDNA in the bloodstreams of people with colorectal cancer, researchers believe that more accurate decisions can be made about their treatment.

DYNAMIC-Rectal, led by Professor Peter Gibbs, aims to demonstrate that by incorporating ctDNA results in addition to a standard assessment of the pathologic risk of the tumour, that the number of patients receiving adjuvant chemotherapy will be reduced.

Low-dose aspirin could play an important role in reducing the recurrence of colorectal cancer. The ASCOLT study is an international phase III trial that aims to discover whether taking a daily 200mg dose of aspirin for three years could help to prevent colorectal cancer returning in people who have already been successfully treated.

ASCOLT is led by Dr Mark Jeffrey, who says the trial is “A great example of a trial re-examining the potential effectiveness of a well-known common medication (aspirin in this case) which may have a significant effect on survival in colorectal cancer.”

“The survival rates in early colorectal cancer have plateaued in recent years and a positive result from this trial would have very broad and enduring impact.”

The study team hopes to achieve the target recruitment of 460 before the end of the year.

Whilst recruitment for MASTERPLAN is currently temporarily suspended, the study team are actively progressing activation of participating sites so that once the restriction is lifted, recruitment can recommence widely.