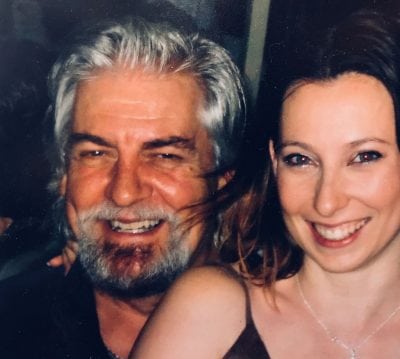 Nadia’s phone rang one day – it was her father, saying that he was finding it hard to swallow. He was taken to hospital, where he was told he had stomach cancer.

Stomach cancer often does not show symptoms until it is too late, and this was the case for Nadia’s father.

The diagnosis completely changed her life. She had been living in Sydney, but moved to Brisbane to care for her father and support the family while he went through treatment. She put her career as a project manager on hold.

“He managed to live another year from when he was diagnosed to when he passed away,” she says. “In his case, the cancer had metastised, it was a large tumour.” 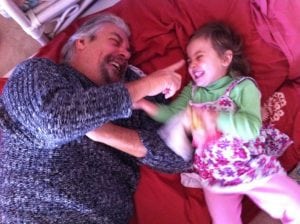 Now, Nadia is working to give something back. She has joined the Gutsy ‘Overland’ Challenge, walking all 60km of Tasmania’s Overland Track to raise awareness and much-needed funds for research into gastro-intestinal cancers like stomach cancer.

“I want to help if there’s any way of trying to find something where people do have a chance with this cancer, or more of a chance to try to stop it. That’s my thing, I don’t want other people to go through it,” she says.

Through her fundraising, she hopes to raise awareness of gastro-intestinal (GI) cancers like stomach cancer, which have far lower survival rates than other cancers. Only 28% of stomach cancer patients survive for five years past their initial diagnosis, compared to 90% for breast cancer and 92% for prostate cancer.

“If we have that help and support we could make a difference,” she says. “We’re not going to get there without that awareness or funding. That’s why I’m doing it.”

Ross Hinscliff: “I want to set an example for my kids”