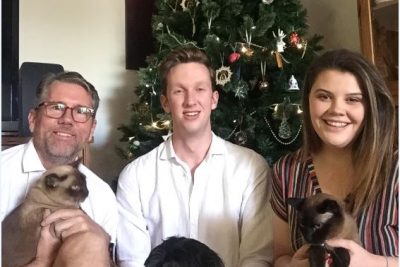 This Saturday  14th of April, Roland Main will run 21km as part of the Canberra Times Australian Running Festival to raise funds for GI cancer research. Roland lives and works as a psychiatrist in Perth but is travelling to Canberra to complete the half-marathon.

“I enjoy the Canberra run – I think it’s a lovely course,” he says. It is Roland’s second year running the half-marathon. Roland will be supported in his efforts by his daughter, who will also be travelling to Canberra for the festival, and his son, who will run the marathon with him.

His motivation for supporting the GI Cancer Institute is a personal one – in 2016, his wife, Deidre, passed away from cholangiocarcinoma, a rare form of biliary tract tumour. He hopes that his efforts will contribute to improving the treatment options for other people affected by cholangiocarcinoma. 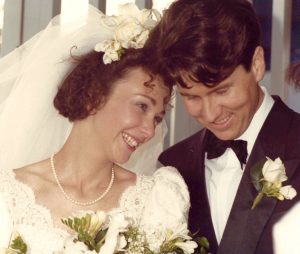 “There’s nothing like personal experience to bring you closer to a charity,” he says. “Deidre’s treatment included all sorts of options including some pretty cutting edge stuff. We started to see some of the first forms of immunotherapies and the like for those sorts of tumours.”

“You don’t get to that point without some research being done.”

For Roland, the gains of completing the half-marathon will be more than just a sense of achievement. His son lives and studies in Canberra, and participating in the festival gives the family an opportunity to meet. The event also holds personal meaning.

“I did the first run less than six months after Deidre passed away, so running for me at that time and during her illness was a way of clearing my head and still is to some extent,” he says. “I think that first run was a bit about her and she and I obviously used to spend quite a bit of time down in Canberra with our son.”

His extraordinary efforts will support research into cholangiocarcinoma and other gastro-intestinal cancers, enabling the development of better treatment options for those affected by the disease.