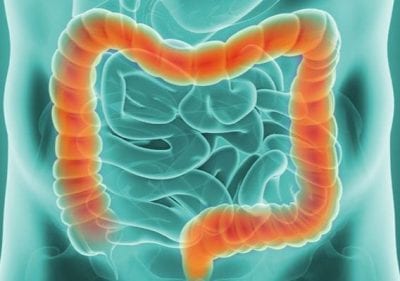 Should the Age of Bowel Cancer Screening be Lowered?

The guideline changes by the US Preventative Services Task Force were published in the most recent issue of the Journal of the American Medical Association (JAMA) and updates its 2016 recommendations.

Currently, Australian medical guidelines recommend colorectal cancer screening begins at age 50 for individuals of average risk for the disease. Each year colorectal cancer, commonly referred to as bowel cancer, affects over 15,500 Australians and around a third of those will not survive their diagnosis.

We also know that bowel cancer diagnosis in younger patients are becoming more common. Australians born after 1990 have double the risk of colon cancer and four times the risk of rectal cancer than those born in 1950. With a rise in younger people being diagnosed with colorectal cancer, is it time that Australia follows suit in lowering the age?

Associate Professor Jeanne Tie is a Medical Oncologist at the Peter MacCallum Cancer Centre specialising in lower gastrointestinal cancers. She feels with the rising cases of younger people affected by this disease, bowel cancer can no longer be considered a disease ‘of the old.’

In Australia, 10% of colorectal cancer cases are diagnosed under the age of 50 and it is now one of the leading causes of cancer-related death in individuals younger than 50.

“The average rate of increase in Australia was 2.8% per year over the past decade. A similar trend is also occurring in eight other high-income countries such as New Zealand, Canada and USA.”

These numbers are even more distressing when you see that colorectal cancer is one of the most preventable cancers, due to the nature of screening for this disease, which can detect the cancer at an earlier stage where the chance of being cured is higher.

Cancer research advocate Jeff Cuff lost his wife Shirley to colorectal cancer in 2013. After this, he threw himself into researching the disease, joining the AGITG-GI Cancer Institute Consumer Advisory Panel and even started the Shirley Cuff Cancer Research Foundation in her honour.

Jeff understands firsthand the importance of screening, as Shirley’s cancer was not detected until persistent bowel pain led to a colonoscopy.

“When they found her cancer in December 2009 it was at a stage four. She was given 18 months to live but survived three and a half years after her diagnosis, during which she tried many different treatments,” Jeff reflected.

“She went through every type of treatment available, but because her cancer was so advanced this didn’t work. It really does put emphasis on pursing these issues early because there’s no doubt that when you have a diagnosis at an early stage there are more options leading successful treatment and outcomes.”

Through his experience, Jeff understands the critical nature of raising awareness of colorectal cancer screening, especially with the rise in young people being diagnosed.

“In Australia we have some challenging figures. Australia has one of the highest rates of colorectal cancer in the world and it is killing too many people. The government is sending out tests, but it is important people actually get on board with this. People need to be aware that colorectal cancer is appearing more in younger people, so it doesn’t matter whether you’re 55 or 65, if you have symptoms and you’re 35, we need to be aware of it and do something about it,” said Jeff.

With this lived experience, Jeff is a firm believer in lowering the age of screening and ensuring Australians are consistent with their testing.

“Lowering the age in my opinion is essential and I’m excited by the thought of it. It should be even lower than 40 I believe as there is a general decrease in the age group of people being diagnosed with the disease.”

Associate Professor Tie also backs this sentiment as she believes improving awareness of the increase in incidence of young-onset colorectal cancer is crucial to the uptake of screening in younger age groups.

“If screening were performed from ages 45 to 75 years, it is estimated that 42 to 61 cases of colorectal cancer and 24 to 28 colorectal cancer deaths could be avoided for every 1000 adults screened. This will have a huge impact for a disease that is currently the fourth leading cause of premature death in Australia,” she said.

With countries like Austria and Japan already recommending starting screening at age 40, along with the US recommending 45 years of age, it is worthwhile Australia take serious considerations in following suit.

MindOnLine: A mindfulness program for people with breast, bowel or prostate cancer