An unprecedented collaboration between medical oncologists and surgeons is transforming the way pancreatic cancer patients are being treated in this country.

The GAP study enrolled 41 people in a trial over two years, to examine the question of whether extra chemotherapy treatment before surgery could have a beneficial effect. This idea challenged the prevailing standard treatment, where patients with pancreas cancers that are considered curable have surgery to remove the tumour first, followed by chemotherapy after the operation.

“There was a great deal of apprehension on the part of surgeons that it would prevent and reduce the opportunity in curable pancreatic cancer to go ahead with surgery, and since that is the only curable technique there was a lot of initial and understandable resistance,” said Professor David Goldstein, who was one of the Principal Investigators with Professor Andrew Barbour.

While the standard treatment of surgery first, followed by chemotherapy is considered effective for patients that are able to complete the therapy, a significant proportion of patients are not able to complete it.

“At least one in three patients will not end up getting post-operative chemotherapy for a variety of reasons, mostly related to recovery after surgery,” said Professor Barbour. “What we found from the Gap study was that 95 per cent of patients were able to complete the pre-operative chemotherapy as planned, and about 60 per cent afterwards, which is in line with other attempts post-surgery. We thought that was a good result, given that this is a disease where outcomes are poor, certainly with surgery by itself.”

GAP trial patients had chemotherapy during the weeks before their surgery. All patients had the same treatment, which was the current, most effective combination of drugs: gemcitabine and nab-paclitaxel, once a week for three weeks, and then repeated after a rest week, making eight weeks in all.

Of the 41 patients who entered the trial, five did not go on to surgery because they decided against it, or because their tumour had spread during chemotherapy treatment.

“The most important outcome was first, that nobody missed out on surgery who would have otherwise got it. And second, some people, for whom surgery would have been entirely futile, were spared surgery, just by delaying the timing of the surgery,” said Professor Goldstein.

Of the remaining surgical patients, 29 had an operation which removed all the cancer, and six did not. If the tumour appeared completely removed, they had another four months of chemotherapy. If the tumour had spread beyond an area that could be removed, they could have radiation treatment as well.

“In addition to looking at toxicity and feasibility, we were also looking at whether we could improve resection rates – were the edges of the surgical specimen free of cancer,” said Professor Barbour.

Overall, the trial leaders felt the study showed that pre-operative chemotherapy did not impair surgical outcomes, in some cases may have improved them and overall, enabled more patients to access chemotherapy treatment, potentially increasing survival rates.

“Our survival was actually unexpectedly better – in fact, we’ve had to delay our analysis, which is great for patients!” said Professor Goldstein.

The researchers will continue to follow up patients and assess the effects of the treatment on survival. They will also look at whether a good result from surgery is related to a good outcome later. Further study on the tumour samples provided by patients will, with their permission, be used to look for potential biomarkers that may have affected a patient’s progress.

One of the most critical and lasting impacts of the trial has been on the confidence it has inspired in surgeons and oncologists to try new ways to tackle this complex disease.

“At the beginning (of the trial) when I asked for a show of hands whether people thought it was a good idea, there’d be one or two hands in the whole room. More recently, when we’ve proposed more pre-operative chemotherapy regimes, it’s almost unanimous that people are prepared to try something,” said Professor Barbour.

“So, while the results are instructive, it’s punched well above its weight in terms of its impact on clinical practice.” 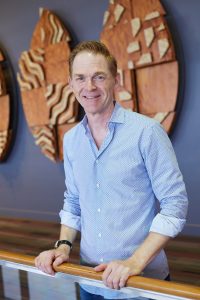 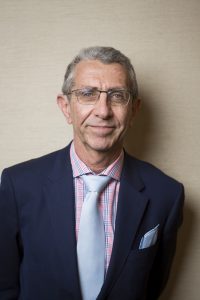 Pancreatic cancers diagnosed in early stages can be treated with surgery. For pancreatic cancer surgery to be considered successful there must be no cancer remaining after surgery; this is often hard to achieve due to the proximity of the pancreas to vital structures. The 5–year survival rate of patients undergoing surgery is approximately 20%.

Studies have suggested that chemotherapy before surgery may improve outcomes in patients.

The GAP trial aims to evaluate the impact of pre-operative chemotherapy on the outcome of the surgery to remove the cancer. It will also assess treatment-related toxicity. This study has the potential to assess the benefit of chemotherapy treatment before surgery and after surgery for people with pancreatic cancer.

The study is currently in the follow up stage. Initial data analysis showed that pre-operative treatment with gemcitabine and nab-paclitaxel is feasible and well-tolerated.

For more on this and other Pancreatic Cancer clinical trials please CLICK HERE.