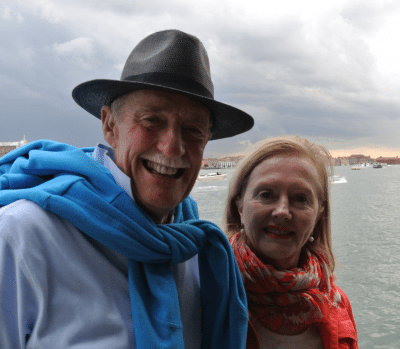 Survivor Bob Geaghan: ‘We could do so much more’ to fight GI cancer

Bob Geaghan first realised that something was wrong on a lunch break, when he found himself unable to swallow. He was diagnosed with oesophageal cancer, and told that the tumour was too big to operate on – oesophageal cancer, like many gastro-intestinal cancers, is difficult to detect and is often advanced by the time it is diagnosed.

Bob’s treatment process was long and fraught with difficulty, as it is for many gastro-intestinal cancer patients. After undergoing chemotherapy to reduce the size of the tumour, Bob was able to have surgery to remove it. There were complications that resulted in him being in an induced coma for seven weeks.

Like many cancer survivors, recovery was initially promising for Bob but cancer soon found its way back into his life when tests revealed spots on his lungs. He became eligible for the ATTAX3 trial, where conventional chemotherapy treatments were tested against a combination of chemotherapy and panitumumab, an antibody treatment. Clinical trials such as this have been vital in increasing the survival rates of gastro-intestinal cancer.

Overall, five-year survival rates for GI cancer are just 49 per cent, and further research is crucial to ensure more progress for patients in the future.

Bob says that the importance of further funding for this work cannot be understated. “We need people who are prepared and committed to research,” he says. “If we had more money, we could do so much more.”

Read more on Oesophageal Cancer and our Clinical Trials in this area.

Credit: Thanks to Jennifer Worgan for compiling this story.