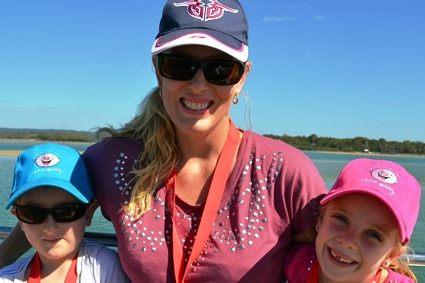 Gillian Worden admits walking on Father’s Day to remember her husband Tony “won’t take our minds off him, because we think of him every day.”

Tony Worden (pictured) was just 41 when he lost his 14-month battle with stomach cancer.

“It seemed so wrong”, says Gillian. “He was such an active man, loved the outdoors – bike riding, camping, fishing – didn’t smoke, ate well — I guess he was just unlucky.”

To honour Tony’s memory, Gillian and their children Tate (6, at left) and Charli (8, at right) of Murarrie, East Brisbane, have formed “Team Tone” — ready to set off in the annual Bridge to Brisbane walk on Father’s Day, September 7, to raise money for the GI Cancer Institute.

Says Gillian: “It’s about raising awareness for these less well known but very aggressive cancers — more needs to be known about them so we can fight them better.

“What better way to honour a great Dad than by doing something positive on Father’s Day?” 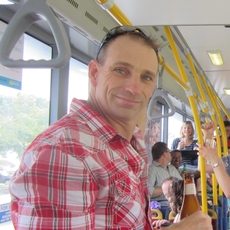