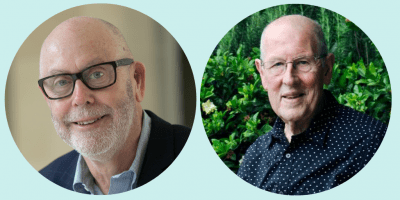 Two new members have joined our Consumer Advisory Panel this year – oesophageal cancer survivor Geoff Parnell, and Milton Kirkwood, who cared for his wife Frances before she passed away from pancreatic cancer. We spoke to them about why they chose to apply to join the Panel and support GI cancer research. 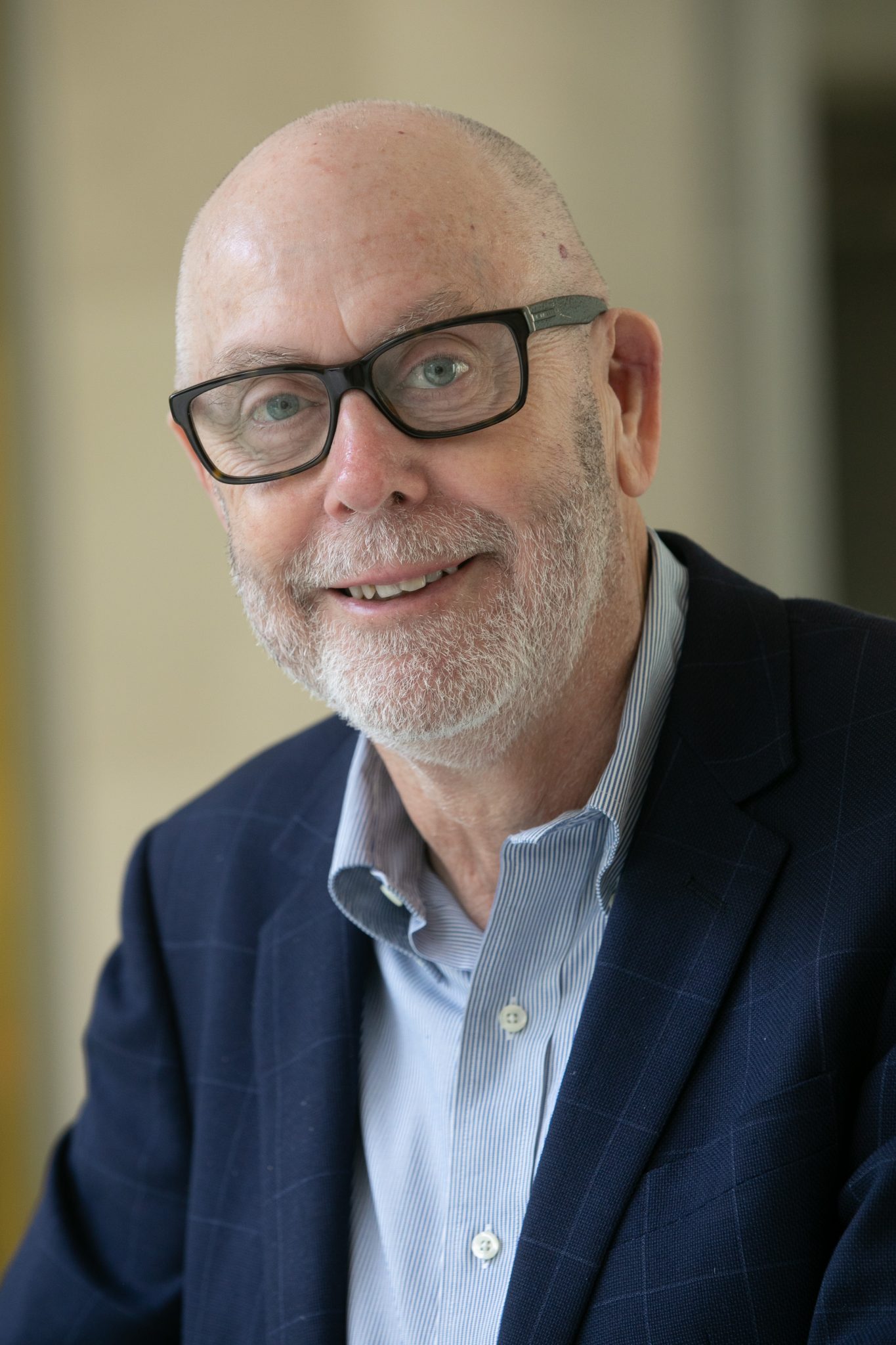 Read our previous interview with Geoff about his experience with oesophageal cancer here: https://gicancer.org.au/news/geoff-parnell-on-oesophageal-cancer-and-being-aware-of-your-health/

How did you come to join the Consumer Advisory Panel?

I saw a newspaper feature article about what AGITG does and in following up more details online saw that there was a CAP. I thought that maybe AGITG was an organisation that I could contribute to and add some value to through my own experience and assist to make people more aware, especially in terms of oesophageal cancer and the benefits of being tested early. Unfortunately even if you’ve got some symptoms, most people don’t recognise them until it’s too late which is a major issue in the low survival rate for this cancer.

The opportunity came up for new members of CAP so I put my name in the hat, went through the interview process and now I’m very pleased to be involved.

What motivated you to put in your application?

I wanted to contribute to the research and educational aspects through adding my own experience. There are exciting developments and opportunities that are happening with trials and improvements in medication and care for people with cancer. A number of my friends have died from different types of cancer, a number have survived, so I’m really quite passionate that we do all we can for those people who are coming behind us. Research and trials will make a difference to their quality of life and improve survival rates.

What has the experience of being on the CAP been like so far?

Mind boggling! Getting used to a whole different lot of terminology. Quite different to what I have previously experienced in my corporate roles, boards that I sit on and other advisory work that I am involved in.

I had the benefit that before my first CAP meeting I participated in the Annual Scientific Meeting, and I gained a lot from that about what was going on. But certainly my mind has broadened in terms of what research is happening and the advances that are occurring and the opportunities that are becoming available.

I also sat through one meeting where I provided input on some research and trials. Despite the fact it was my first time in and there were a number of quite experienced CAP members that have been on CAP for a while and know a lot more than I do about what’s going on, I was quite pleased. I was off the mark on a couple of things because I didn’t understand it, but in a lot of the others I seem to be heading in the right direction.

What are your hopes for the organisation going into the future?

It’s a hard question. I suppose in simple terms it’s a continuation of the role that it plays in ensuring advances in medical treatments to provide a better quality of life for those with cancer and longer survival rates. It’s about continuance of the passion that I feel from others when I’m in meetings. I also see it important to have continued support from volunteers, and that could be people participating in trials or being on groups like CAP.

It’s been a really interesting year, totally different to what we thought it was going to look like even in February. It’s been highly disruptive and has been a real mixture of emotions and experiences from feelings of concern, anxiety and from a positive aspect greater time with family (well those in the home mainly), but also business disruption, involvement in a once-in-a-hundred-year world changing event that impacted all of the world at the same time. It messed up two holidays that we had planned. It’s very disappointing, planning a six-week overseas trip down to the day and then having to unravel it. But look, I’m safe and in good health, my family’s safe in various parts of Australia and overseas. You couldn’t want anything better than that right now and very fortunate to be in Western Australia.

What we’ve seen is changes in society and business that would have taken another five years to change that are being fast tracked. I have seen this in terms of digital learning and digital communication including advances in telehealth. It’ll be interesting to see what the bigger impact is from a medical viewpoint as we move out of Covid-19

There have been a lot of lessons to be learnt from Covid-19 and I trust it is an experience that future generations will benefit from but not experience. 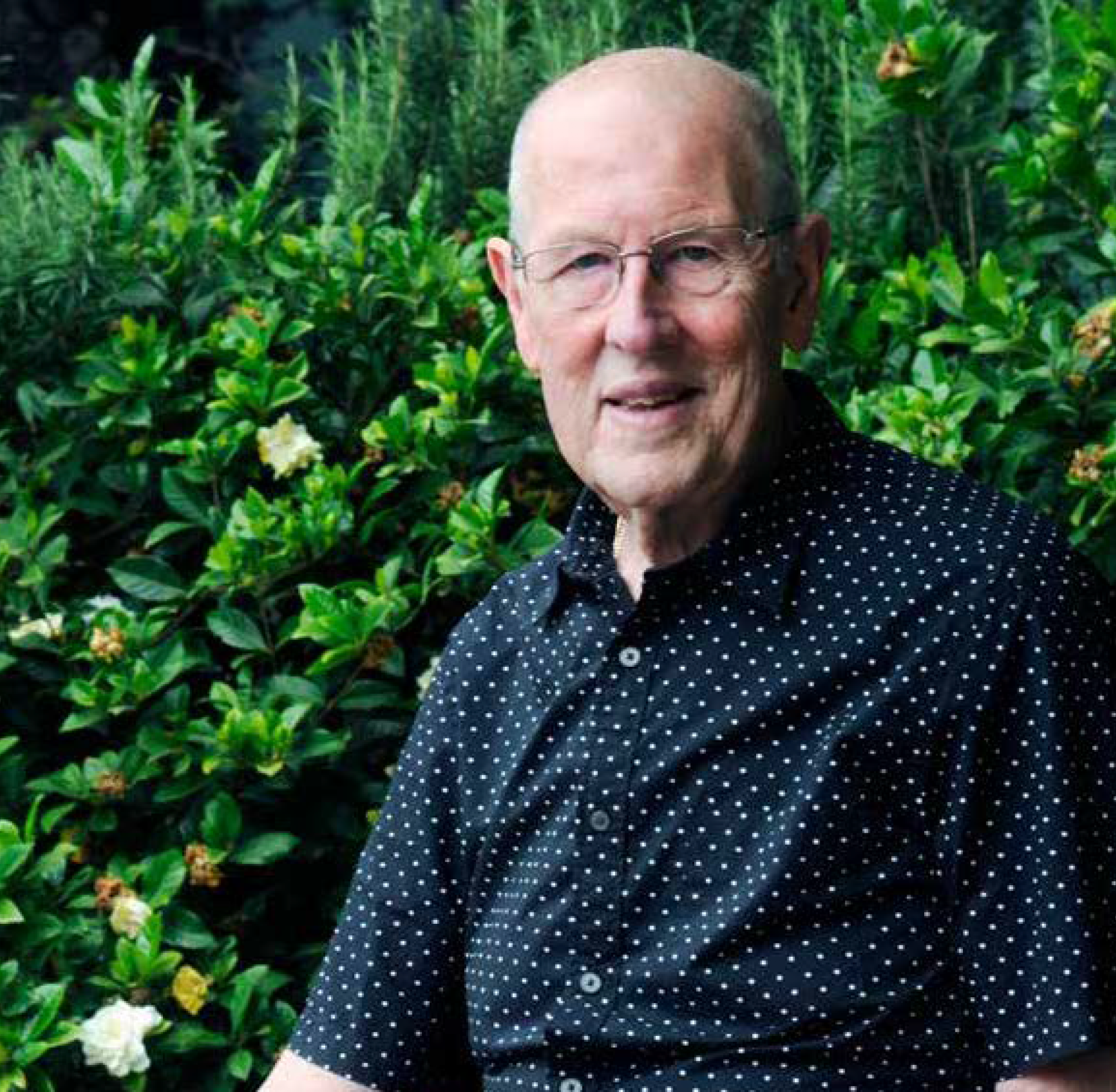 How did you come to join the Consumer Advisory Panel?

I heard about it through Rosemary Taylor, who’s a supporter of the GI Cancer Institute. She and I facilitate a pancreatic cancer support group at the Sydney Adventist Hospital. Rosemary put me in touch with Jan Mumford (Chair of the Consumer Advisory Panel), and I sent Jan Mumford an email enquiring about the group.

I’ve lost two wives to cancer. My first wife died of brain cancer, and then I remarried about nine years after she died and my second wife died of pancreatic cancer. That motivated me to do something because pancreatic cancer of the GI cancers has a very low survival rate, less than 10%. I was considering ways in which I could contribute as a way of ensuring that people didn’t have to go through what we went through.

There’s very much a clinical approach taken to people with cancer, and less an approach where people are given information about support in areas that are non-clinical. To give them some sort of hope I guess, or some degree of emotional support.

Whilst it is important that patients receive the best clinical treatment possible, there should also be emphasis placed upon the emotional and mental wellbeing of both the patient and their family. As well as the patient being directly affected by cancer their carers and families are also affected and I feel that this is not recognised sometimes.

I have created a web portal to consolidate information from a variety of existing sources about support for people in a range of cancer areas, and they reflected the support groups that are currently operating at Sydney Adventist Hospital. Fortunately, I’d done that just prior to the pandemic hitting, and I was able to use it as a vehicle to connect people via Zoom. All of the support groups at the Sydney Adventist Hospital still go ahead via Zoom, and I know that a lot of other support groups haven’t been able to because they haven’t had access. It was a bit auspicious because it gave people a way to connect.

You’ve been on the CAP for a couple of months now. What has the experience been like so far?

I’m still finding my way in terms of what the CAP represents, and understanding how I can make a contribution. I was interviewed by a group of people when I submitted my application, and I said at that interview I didn’t want to be part of the group if I wasn’t able to make a significant or useful contribution. For me it’s about making a difference.

What are your hopes for the organisation going into the future?

I was hoping that the actual clinical outcomes of the trials would be significant, and I can see some promise in this area. Also, my wife, Frances, was told right from the outset by her oncologist that whatever treatment was available was only palliative, it wasn’t curative.

But the clinical trial did give her a lot of hope, because it may have provided some measure of controlling the cancer, and it gave her a higher degree of support through the clinical trials treatment. She got a sense of a lot of people caring about her outcome. That made a big difference to her quality of life. It made little difference to the overall time but it made a big difference to the quality. That’s one of the reasons I wanted to get involved in something like that, to help make people realise that it’s a lot broader than some people think.

Because I live on my own anyway since Frances passed away, it hasn’t made a significant difference in that aspect. It has limited my ability to see my extended family, I have two daughters from my first marriage and two stepchildren from my second. It’s affected my ability to visit them as often as I would, but now it’s possible to have physical meetings anyway.

I have a very forward-looking attitude. My approach is, you always can’t help what happens to you in life, you can only help how you react to it. I’m not a person who lives in the past, I’m a person who believes that you have to keep moving on, and you have to set yourself goals or else you wander around a bit aimlessly. I’m never one to think, ‘poor me’, I’m not a victim. Even though things happen, you can approach them as a victim or as someone who’s going to take the opportunity to achieve something positive from what was a negative event. And that’s my approach to everything.