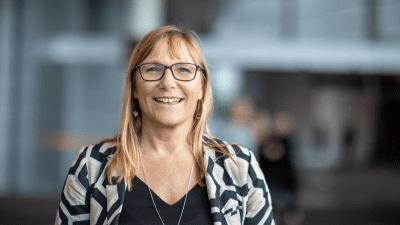 On 15 May 2020, the AGITG welcomed Dr Lorraine Chantrill as the new Chair of the organisation. Dr Chantrill has also taken on the role of Chair of the Scientific Advisory Committee. Dr Chantrill is Head of Service of Medical Oncology at Illawarra Cancer Care Centre, Wollongong Hospital. She has served on the AGITG Upper GI Working Party since inception in 2011, has chaired the Working Party since August 2014, and was appointed to the Board of Directors of AGITG in August 2016.

What do you hope to achieve in your new roles as Chair of the AGITG and Scientific Advisory Committee?

I am hoping to maintain and improve the good work of the AGITG while I’m Chair. One of the key things that I would like to do would be to make the AGITG more open and appealing to young investigators.

Perhaps in the past we may have been rather intimidating for some of those young investigators and I would like to look at ways of changing things so that the group maintains its very high standards but continues to grow.

Where do you hope the AGITG will be in three more years?

I hope that we will continue to do trials and give patients in Australia and New Zealand and internationally the opportunity to participate in studies that offer novel and innovative treatments. The challenge at the moment is achieving funding for our research and I believe that will be a big part of my role over the next three years.

We access funding from government grants and also occasionally from collaboration with pharmaceutical companies, but there may be other avenues for funding such as raising money from our community and also other smaller community grants that may be available outside of government. So I think it’s important that we look a little wider.

What areas of research do you believe hold the most promise for future trials?

I have a bit of a bias in being very keen to ensure that all of our trials have translational substudies and also to encourage our allied health partners to partner with us on trials to ensure that we are following quality of life indicators and dietary indicators.

So one thing I want to make sure is that every clinical trial we run has a lot of value added onto it. We can do that with very little extra cost, but a lot of extra benefit for our patients in the future. I think it could be very impactful.

You have taken part in two Gutsy Challenges to raise funds for AGITG research in the past. Why are you passionate about fundraising for research as well as conducting it?

I believe I need to put my money where my mouth is. So if I’m saying to other people in the community, ‘Please donate money to clinical trial research in GI cancers,’ then I need to be doing it myself.

Participating in those challenges really adds a lot of authenticity to our cause and shows that we are not only prepared to do the extra work associated with getting patients on trials and improving outcomes for patients but we’re actually prepared to put our best foot forward literally and walk or climb or cycle to raise money for clinical trials.

Dr Chantrill treats patients with any cancers of the digestive tract as well as gynaecological cancers and lung cancers.

She is a key opinion leader and expert in the field of pancreas cancer.  Lorraine completed a PhD by research in the Pancreas Cancer Group at The Kinghorn Cancer Centre in pancreas cancer genomics.  Lorraine continues to be an active clinician researcher trying to bridge the gap between the bench and the bedside.

Dr Lorraine Chantrill has served on the AGITG Upper GI Working party since inception in 2011 and has chaired the Working Party 2014-2019.  She was appointed to the Board of Directors of the Australian Gastro-Intestinal Trial Group (AGITG) in August 2016 and in May 2020 became the first female Chair of the AGITG and GI cancer institute.

In the late 1980s Lorraine went to the Oxford University Institute of Molecular Medicine in the early days of genome sequencing.  She worked alongside scientists who were extracting DNA out of skeletons in the British Museum using the polymerase chain reaction technique to amplify the DNA and then sequence it.

Lorraine has also worked as a member of one of the first research teams to look at a link between cervical cancer and the human papillomavirus.  This research pre-dated the work of Australia’s Professor Ian Frazer and team and the University of Queensland to develop the Gardasil vaccine now used in the national school vaccination program.

Dr Chantrill and her team has raised more than $1 million for clinical trials across Australia in the last 3 years.

Dr Chantrill not only supports and develops research, but has personally raised funds for research too. In 2017, Dr Chantrill took on a Gutsy Challenge Adventure to trek the 80km Larapinta Trail in the Northern Territory. Two years later, she signed up again, trekking over 100km on Western Australia’s Cape to Cape track. Her motivation for setting herself these challenges was personal. “As part of my medical practice, every day, I see families affected by pancreatic cancer,” says Dr Chantrill. “I have been participating in clinical trials to find a better way to treat my patients and I am walking this trek to honour a promise I have made to those I have treated to do whatever I can to improve the life expectancy.”

Dr Chantrill’s dedication to improving outcomes for patients is to be admired, as is her commitment to further GI cancer research. We welcome Dr Chantrill to her new position and look forward to her dedicated leadership over the coming years.

Our community thanks health professionals