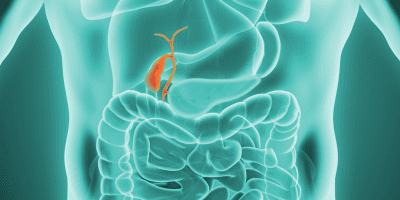 February is Gallbladder and Bile Duct Cancer Awareness Month and World Cholangiocarcinoma Awareness Day. In everyday life, most of us understand terms like melanoma and lymphoma, but another form of cancer, cholangiocarcinoma, usually draws a blank.

Cholangiocarcinoma is cancer of the gallbladder or bile ducts. It is a rare form of cancer that affects approximately 1,300 Australians each year.

As this cancer is rare and difficult to treat, only around 1 in 5 people diagnosed survive beyond five years. One of the reasons that survival rates are lagging behind those of some other cancers is a lack of awareness of this cancer that could lead to more funding for clinical research. Research into rare cancers also takes longer as reaching a large patient population can be challenging.

The GI Cancer Institute has conducted a trial called ACTICCA-1, led by Doctor Jenny Shannon. Doctor Shannon believes that the results of ACTICCA-1 could improve the survival outcomes for people with cholangiocarcinoma. The trial is investigating treating patients with chemotherapy after surgery. It will help researchers to know if this treatment prevents cancer from returning after it has been removed.

If you notice any of the symptoms listed above or changes in your digestion, please contact your GP.

What is a rare cancer?