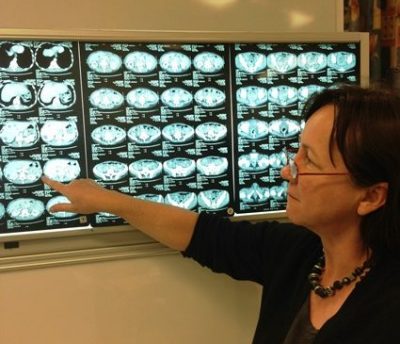 Biliary tract or bile duct cancer – cholangiocarcinoma – is a rare cancer affecting the gall bladder and bile ducts. Whilst the 5-year survival rate has close to doubled over the past 2 decades, those diagnosed in Australia each year (774 people in 2013) still have one of the lowest five-year survival rates of all cancers at less than 20%.

Early detection of this type of cancer is unusual and the disease is commonly only diagnosed at advanced stages. It’s usually locally advanced and already inoperable by the time it’s detected.

Having gallstones and chronic inflammation of the bile ducts predisposes a person to it, and most people are over sixty when diagnosed.

The GI Cancer Institute, through its AGITG network, is running the Australian arm of a worldwide collaborative clinical trial called ACTICCA-1, co-ordinated by the University Cancer Centre in Hamburg, Germany.

This trial is now open to patient recruitment and aims to find out for the first time whether chemotherapy given after surgery can delay or even prevent bile duct cancer from coming back.

ACTICCA-1 will provide more certainty for patients deciding on additional treatment after surgery – and may save many lives in the future.

She says the next step in treating biliary tract cancer is to find out whether effective chemotherapy agents can improve the chance of cure for those people whose disease is operable.

Dr. Jenny Shannon also lead another trial called TACTIC – to test whether a new antibody treatment called Panitumumab, added to standard chemotherapy medication, will benefit patients with locally advanced or metastatic biliary tract cancer and improve their chance of survival. This trial is in follow-up meaning it is still monitoring the patients recruited on this trial, collecting information and analysing the results with the aim of achieving the study’s objectives

Says Dr Shannon: “We really only have one treatment option for biliary tract cancer and if the patients don’t respond, we don’t have any other tried and tested treatment to offer. It’s heartbreaking.”

Read more here about ACTICCA-1 A and TACTIC

What is Cholangiocarcinoma (Bile Duct Cancer)?

Cholangiocarcinoma, also known as bile duct cancer, is a form of cancer that is composed of mutated epithelial cells (or cells showing characteristics of epithelial differentiation) that originate in the bile ducts which drain bile from the liver into the small intestine. Other biliary tract cancers include gallbladder cancer and cancer of the ampulla of Vater.