Maybe I can save my own life 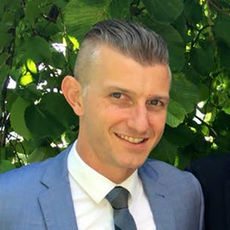 Maybe I can save my own life

When his father died of oesophageal cancer in 2015, Jason Webb thought “Why, in this day and age and with all the technology we have, can’t we find an answer? It occurred to me then well, why can’t I do something about it myself?” Since then Jason has established the Periwinkle Initiative to help fund gastro-intestinal cancer research and this year will embark on the Gutsy Challenge bike ride in Cambodia for the GI Cancer Institute. Cycling over 360km in the Cambodian humidity will be no small feat, but Jason is determined to raise money for clinical trials into gastro-intestinal cancer.

“I was trying to think of ways that I could use my abilities to make a difference. I have a knee problem so don’t run anymore but I love to cycle. Taking part in this challenge is an initial way to make an impact. When I received the email from Associate Professor Chris Karapetis, a leading oncologist, I knew I had to be involved.”

The Periwinkle Initiative aims to raise funds for clinical research, raise awareness and enrich the lives of people and families suffering  from GI cancer. The organisation donates the money it raises to a range of charities, including the AGITG Innovation Fund.

GI cancer is a very personal issue for Jason. His father and grandfather both suffered from reflux and Barret’s Oesophagus, as does Jason himself and several other family members. Gastroesophageal reflux and Barret’s Oesophagus increase the risk of developing oesophageal cancer. “My key thought was if my grandfather and my father have both suffered the same fate, maybe I can save my own life – or the lives of my children.”

In addition to running the Periwinkle Initiative, Jason is also a pastor, an accountant and the founder of the action sports entertainment platform, Xpreshon. Jason is also the author of Life Through a Straw, a retelling of his own experience of being diagnosed with Motor Neurone Disease.

In 2010, Jason began to lose feeling in his left foot. He ended up in a wheelchair as he became increasingly disabled. “Motor Neurone Disease is a terminal illness. I thought my life was ending”. However, Jason had been misdiagnosed and his condition was eventually understood to be a rare autoimmune neurological disease. Jason has since fought his way back to health.

“After my own health journey and losing my Dad, I want to embrace life and take joy in every moment.” Taking part in the Gutsy Challenge is one of the ways that Jason is making the most of his experiences. “I celebrate every donation with my kids. I hope to feel a sense of achievement when I finish the ride and to reach a milestone in my personal health journey.”

“I have been given a second chance at life and don’t intend on wasting it.”

If you would like to support Jason’s Gutsy Challenge, visit: https://gccambodia.everydayhero.com/au/jason