Unlocking the mysteries of Rare Cancers

Why do so many rare cancers have lower rates of patient survival than common cancers?

You are invited to join Rare Cancers Australia CEO Richard Vines and medical oncologist Professor David Goldstein as they demystify rare cancers and discuss how to develop research in an area that is critically underfunded.

It’s free to register and you will have the opportunity to ask questions live to our guest speakers.

Don’t miss your chance to attend. 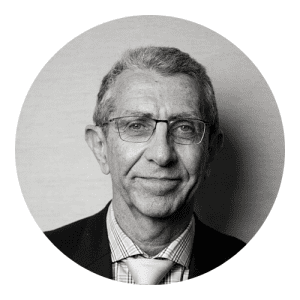 Professor David Goldstein is a conjoint clinical professor at the Prince of Wales Clinical School, UNSW and a senior staff specialist in the Department of Medical Oncology at Prince of Wales Hospital. Professor Goldstein’s research is focused on novel therapeutics trials and clinical research into pancreatic cancer, gastrointestinal stromal tumours and renal cell carcinoma; and on the psychosocial aspects of cancer care.

Professor Goldstein has received more than $29 million in peer-reviewed funding since 2010, and has produced 235 peer-reviewed publications.

He received the Professor Rob Sutherland AO Make A Difference Award in 2017. He was the treasurer of the GI Cancer Institute until 2016, was on the first executive board of Clinical Oncology Society of Australia (COSA) from 2013-2015, and was a founding member of the NSW Pancreatic Cancer Network. He is also the recipient of the Gold Maryalyan Award for services to COSA and the Vietnam Peoples Health Medal for contributions to improving cancer services to in Hue, Vietnam. 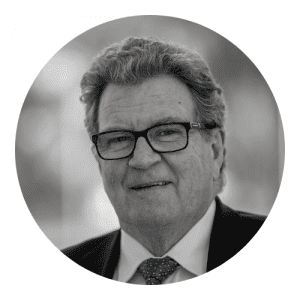 Richard attended University of Melbourne where he studied Maths and Statistics. He then trained as an Actuary but was inspired to join the fledging IT industry before qualifying. After several years working in software development, Richard formed his own software company which he then sold in 1990 before embarking on a second software venture in Europe.  In 1996, Richard returned to Australia where he was retained by an American company to establish a sales channel in Australia. In 2001, Richard left IT to work in a number of not-for-profits associated with retail, politics and health.

In 2012 Richard and his wife Kate established Rare Cancers Australia, a patient advocacy group, whose mission is to improve the lives and outcomes for rare cancer patients.

Since the formation of RCA in June 2012 the organisation has become recognised as a key participant in the broader cancer community. RCA has published research on the state of rare and less common cancers through the “Just a little more time” reports, actively advocated for policy reform around research and treatment for rare cancers and provided substantial and innovative support to Australian patients living with rare and less common cancers.

Richard is now a highly sort after spokesperson for cancer patient advocacy issues.

About the GI Cancer Institute

The GI Cancer Institute is a not-for-profit charity dedicated to improving the health and quality of life of patients with Gastro-Intestinal (GI) cancer by developing and conducting impartial and collaborative multi-disciplinary clinical trials which include health professionals, patients and consumers.

GI cancer includes the digestive organs: oesophagus, stomach, liver, gallbladder and biliary tract, pancreas, large and small bowel, rectum and anus. Together these cancers are the most common forms of cancer, with 28,900 Australians diagnosed every year and claiming a devastating 38 lives a day.

The GI Cancer Institute works to raise funds and awareness of GI cancer and clinical trials, and through its AGITG members it develops and delivers rigorous best practice clinical trials for Gastro-Intestinal cancer patients. The AGITG membership encompasses a wide range of medical specialists, scientists, nurses, allied health professionals and consumers involved in all aspects of Gastro-Intestinal cancer research.

Rare Cancers Australia Ltd (RCA) is a charity whose purpose is to improve the lives and health outcomes of Australians living with rare and less common (RLC) cancers.

RCA was founded in 2012 by Kate and Richard Vines. Over the past eight years, RCA has grown into a team of passionate, dedicated professionals focused on our mission to improve the lives of Australians affected by rare and less common cancers.